What Is a Tax Levy?

A tax levy is a collection process used by the IRS to legally seize a taxpayer’s assets to satisfy unpaid taxes.

Assets that may be seized through the tax levy process include:

What Are the Tax Levy Types?

Common tax levy types include wage garnishment, bank levy, 1099 Levy, reduced tax refunds, property seizure, other asset seizure, and seizure of passports. Depending on a taxpayer’s situation, the IRS will use whichever method is easiest for them to recoup the money that is due.

The IRS will contact a taxpayer’s employer and require them to withhold a certain percentage for owed taxes. A wage garnishment will remain in place until enough money is collected to satisfy the debt, plus interest and penalties.

The IRS will contact a taxpayer’s bank and require them to put a hold on the funds to prevent withdrawals for 21 days. After the 21 days, the bank must deduct the amount due and forward it to the IRS. If there isn’t enough money to satisfy the debt, the IRS may repeat the process until the debt is paid in full.

The IRS will issue levies to collect a taxpayer’s current (not future) 1099 payments.

The IRS may keep the money that would otherwise be refunded to a taxpayer after taxes are filed. This is true not only for federal tax refunds, but for state tax refunds as well.

The IRS can take any property a taxpayer owns, auction it, and keep the proceeds.

The IRS will levy other taxpayer assets such as retirement accounts, stock dividends, licenses, life insurance policies, account receivables, and other income.

The IRS can request the State Department to revoke or deny a taxpayer’s passport if more than $50,000 in back taxes are due.

What Is the General Tax Levy Process?

The entire process can take as little as three months, but can also take much longer.

How Can I Stop a Tax Levy?

The best way to stop a tax levy is by paying taxes in full and on time. If that’s not possible, a taxpayer can set up an installment plan with the IRS or try to negotiate a compromise.

If the IRS has already initiated a tax levy, the taxpayer has the right to appeal and prevent it from moving forward. Some situations which may merit a release from a tax levy are financial hardship or being an innocent spouse.

Can a Tax Levy Be Reversed?

The IRS is required to provide a legal notice stating the time gap the taxpayer has for arranging the funds, reversing a tax levy, and securing assets once again. However, it is harder for levied assets to be returned than it is to avoid the levy before it takes place.

Generally, the IRS only reverse a levy if:

Who Do I Call About a Tax Levy?

If you are worried you will receive notice of a tax levy, or already have, it’s important to contact the IRS for guidance as well as a CPA, Enrolled Agent (EA), or local tax attorney. 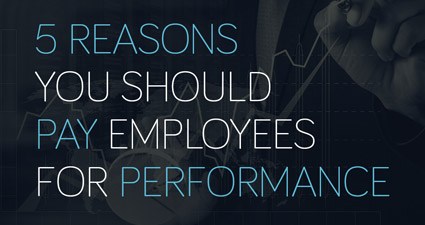 Pay can be a sensitive topic - but that doesn't mean you shouldn't talk about it. Understand the link between pay and performance with this free webinar From preparing and processing forms to setting up a new workspace, the onboarding process takes about 11 hours out of Caroline’s schedule every week anytime there’s a new hire.